All equipment that can be connected to computer networks (computers, routers, servers, printers, smartphones and so on) have a MAC address. It is an address which is written into the network interface of the device during manufacturing.

A MAC address consists of 12 hexadecimal characters and could look like this:

IP addresses are relevant on a global scale. They hold the final destination of the packet and can tell us which address the packet is originally coming from. In contrast, MAC addresses are used on a more local scale, and hold information about the next hop destination in the local LAN network.

The difference can be compared to a journey to a final destination (IP address) where you can have multiple legs of the journey, each time stopping temporarily at interim stops (routers with local MAC addresses) before moving on.

An IP packet travelling over the Internet has many such temporary stops along the way in different routers that the packet must pass through. Each router forwards the packet to the next router on the path until the packet has reached its final destination.

This can be repeated multiple times, with the letter passing by several such temporary next hop addresses before it is finally delivered. 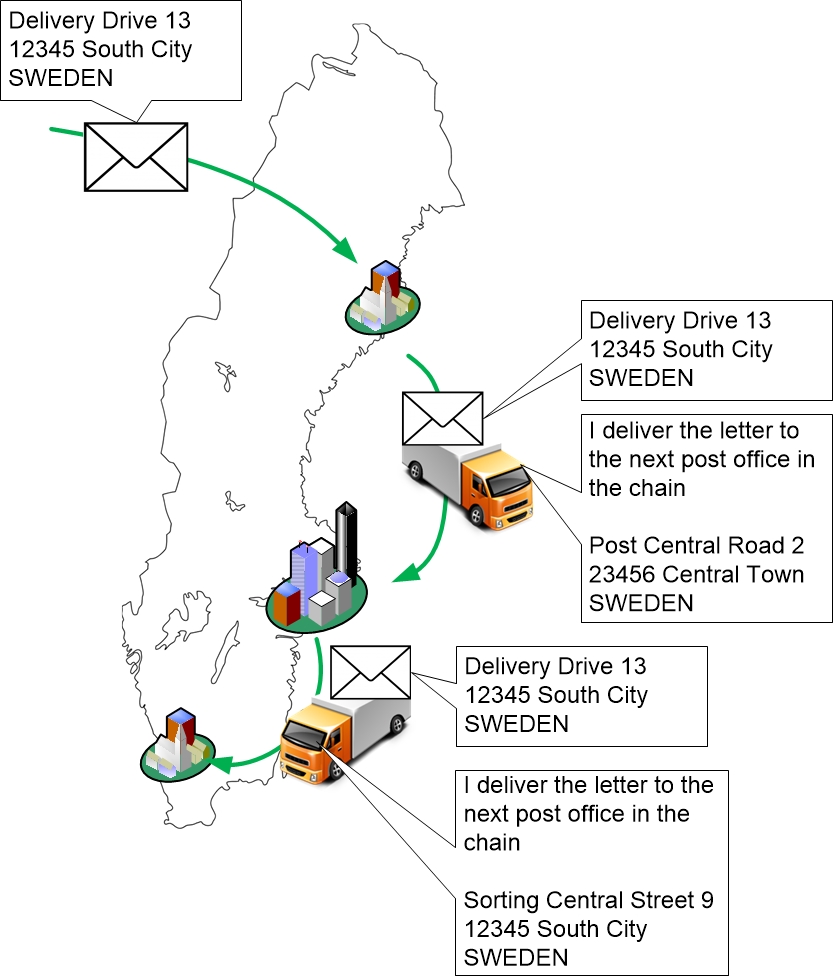 In computer networks, it is the role of the MAC address to act as the next hop address on the local LAN. The mailman is replaced by Switches in the network environment. These switches can be located in a local LAN, or sit between routers on the Internet.

When a computer has a packet to send it knows the destination IP address where it wants to send the traffic. But the computer must also make sure to add a destination MAC address to the traffic which points to the next hop router. This is how the computer makes sure that the packet will end up at its default gateway. 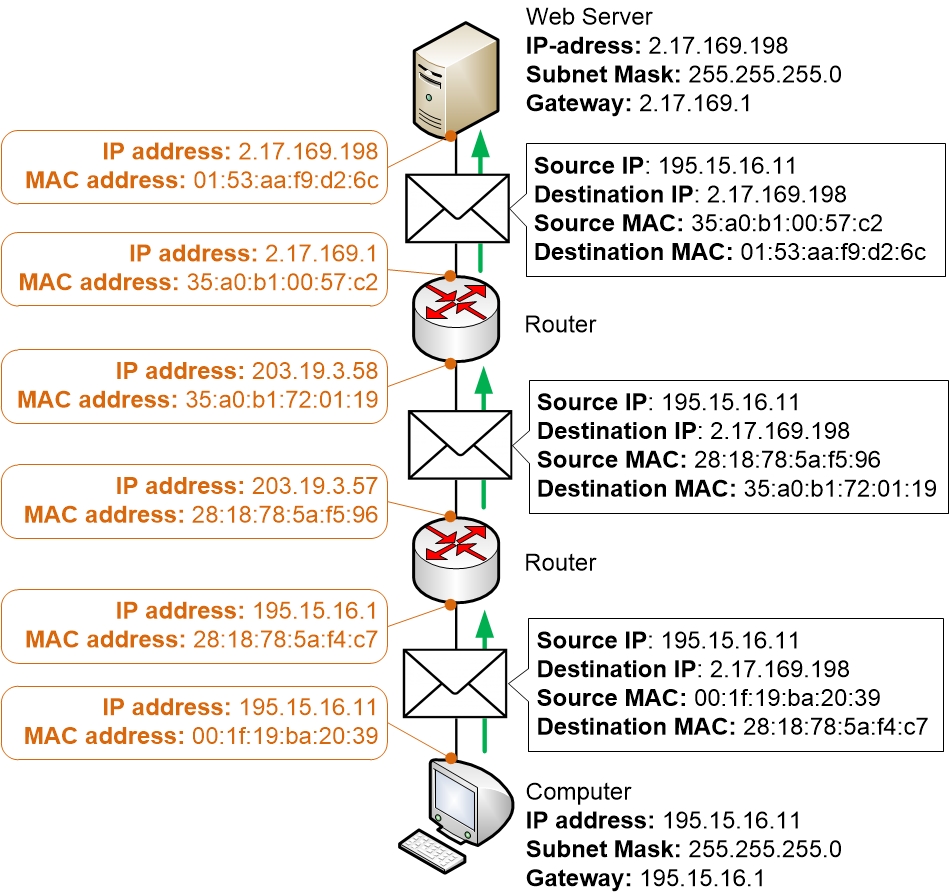 So Source and Destination IP addresses don’t change as the packet is transmitted and routed over the Internet. The MAC addresses, however, are being changed for each new local network that the packet traverses as it is being sent between each pair of routers on its way to the final destination.

It is worth repeating that MAC addresses are always used in combination with IP addresses – even within small LANs where two computers want to communicate directly with each other. 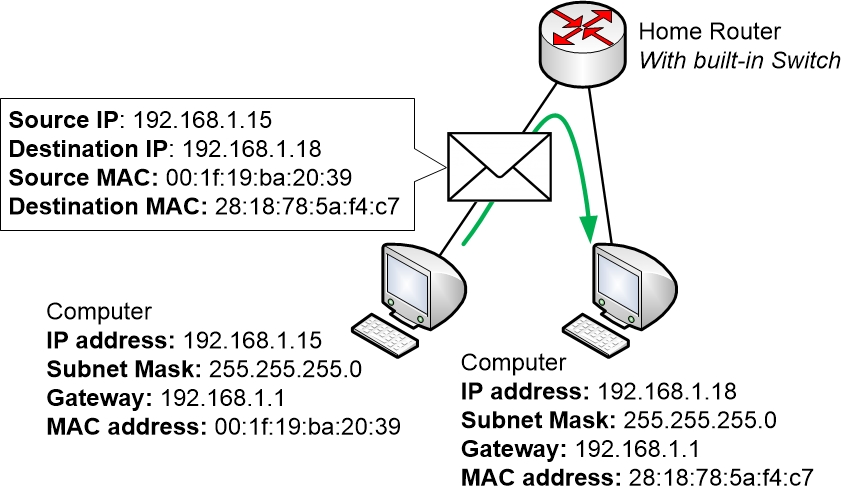