As mentioned in the previous section the number of Public IP addresses (all IP addresses that can be used on the Internet) is limited. In total, there are about 4 billion IP addresses, much fewer than the number of people on the earth. IP addresses are needed not only for people but for all things that need to communicate on a computer network. This includes servers, web services, network equipment, cars and so on. 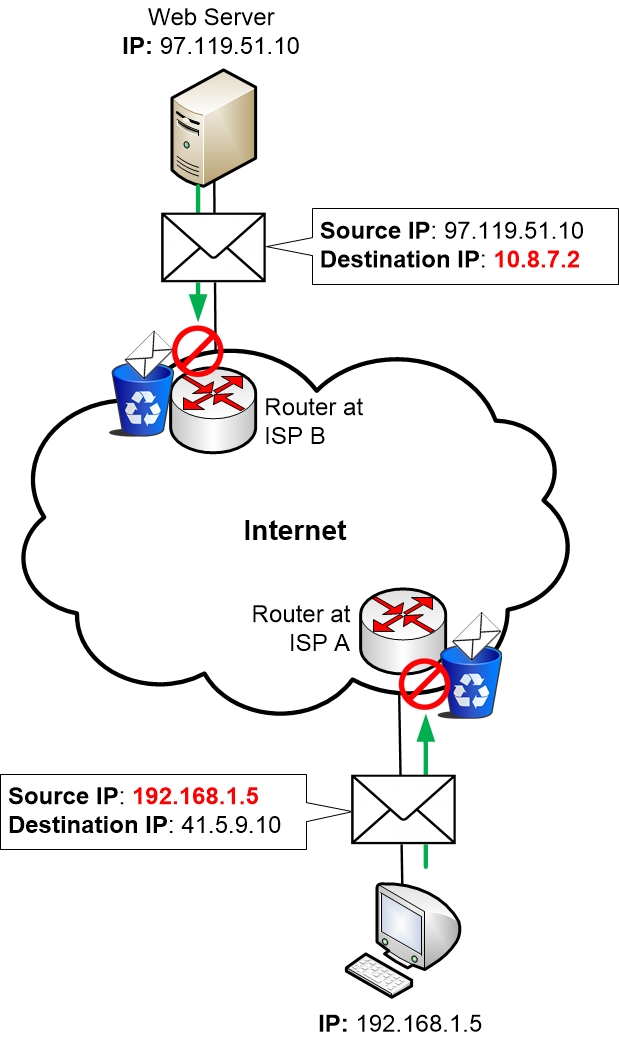 When a computer wants to communicate it sends off a packet with data. The packet always has two IP addresses inscribed in the envelope or header of the packet.

The following picture shows (somewhat simplified) how the address translation works in the home router: 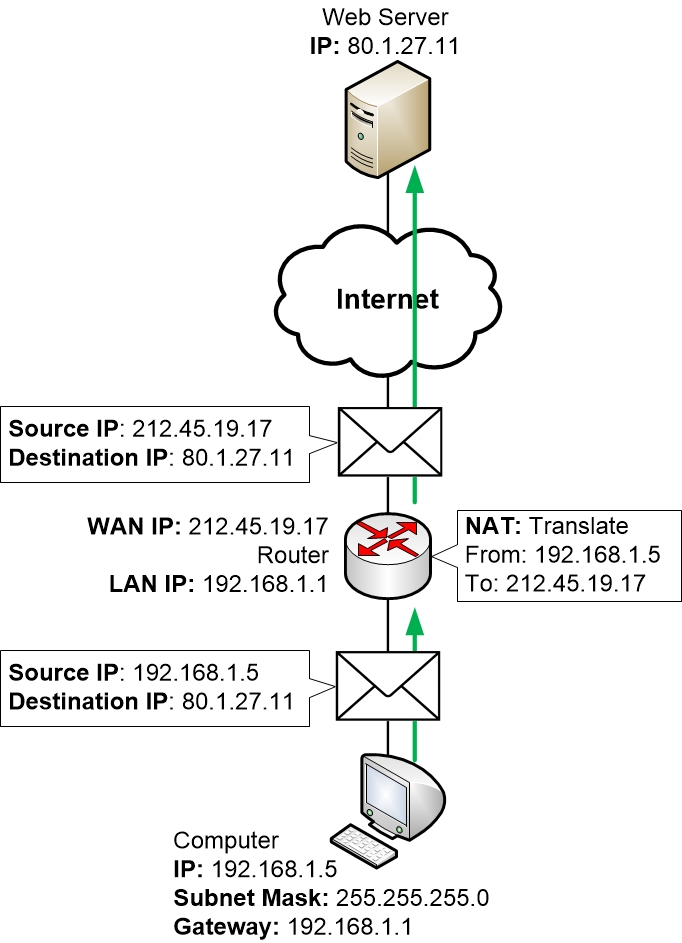 If several clients are operating at the same time on the LAN then it is both possible and likely that several computers want to browse at the same time to the Internet. Then the home router will keep track of what traffic that belongs to which computer. This lets the router know which inside LAN computer that the returning reply traffic should be sent to. 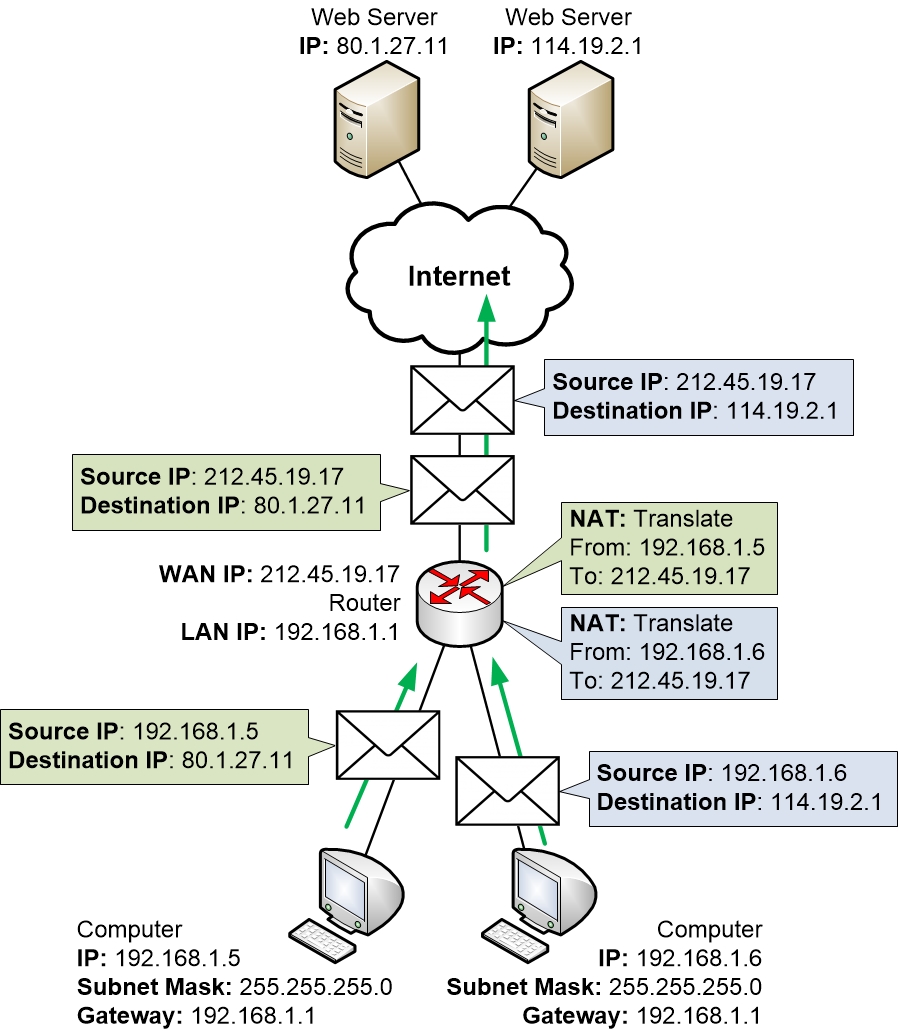 This type of NAT or address translation is often called Hide NAT because you “hide” your LAN computers behind a shared public IP address. It is a function that all home routers have built in and which is enabled right from the start. It is also very rarely something that you need to care much about because it simply works.

However as you can probably tell by now there are a lot of things going on in computer networks that most people don’t know about, and that you might have to learn about if you want to make any changes to your home network.