In previous parts, we have so far talked about how IP addresses work, how Subnet Masks determine which IP network that a computer belongs to, and how a computer can send traffic to other IP networks via a Default Gateway, which is the router’s IP address.

But as a user, you rarely need to bother much about IP addresses, which is somewhat lucky since they can be hard to remember. Instead, you are used to relying on something called Domain Names to connect to things on the Internet, for example www.homenethowto.com or www.apple.com
Those names are called Domain Names and make it easier for us people to remember how to access the services on the Internet that we want to connect to.

But when computers send traffic to each other they must use IP addresses as destinations, even if the traffic is going to a web server that has an associated domain name. Therefore, the computer must have a way to translate the names that we use to IP addresses that the computer can use. The translation is made by DNS, which stands for Domain Name System, a system for translating back and forth between IP addresses and DNS names or domain names.

DNS is served by a large number of servers on the Internet which can reply to queries about domain names. The DNS servers are owned by different companies and organisations, for example ISPs, web hosting companies and similar. When you buy or lease an Internet connection from an ISP they also always provide DNS as a service to you, and your home router will also automatically learn about and use those DNS servers.

A lot of home routers tell the computers on the LAN to send their DNS queries to the home router itself. The home router will then either answer directly if it already knows the answer, or it will forward the query to a DNS server on the Internet. 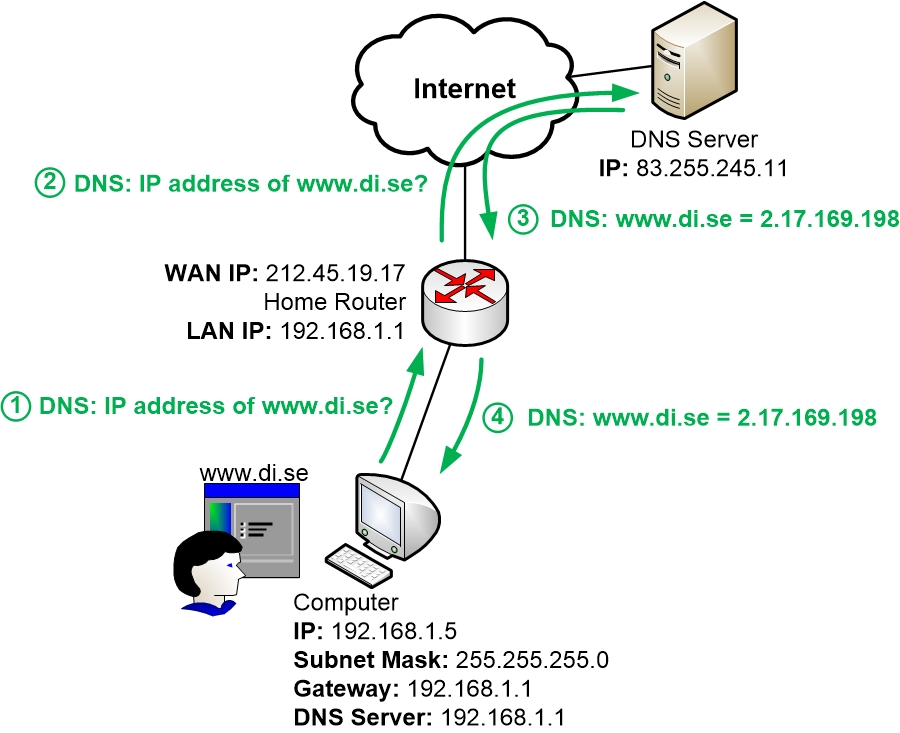 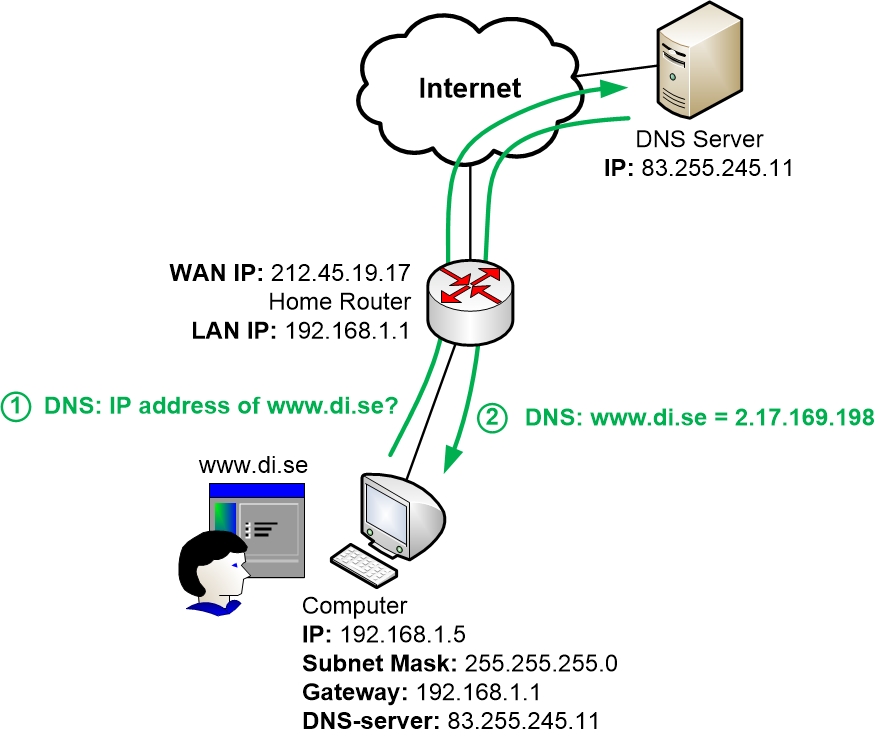